New Zealand’s most popular lottery game was created in June 1987 after the New Zealand Cabinet voted and approved the creation of the lottery game in February 1986. Its first draw was held in August 1987 and the sale of its first tickets took place on the 1st of August 1987. The draws for the game take place twice weekly on Wednesdays and Saturdays at 8:20 PM and 8 PM (New Zealand Standard Time) respectively, and is aired on TVNZ 1.

The New Zealand Powerball gives players of the NZ Lotto a chance to pick and match one additional number in an effort to increase the amount of their Lotto winnings.

To play the NZ Powerball, players have to play the NZ Lotto first as the Powerball is a supplementary game to the NZ Lotto. To play the main Lotto game, a player has to select six balls plus an additional ball known as the bonus ball from a Ryo Catteau Stresa lottery machine which contains balls numbered from 1 to 40.

The cost per play for the NZ Lotto is NZ$0.70. However, because each Lotto ticket must contain at least four lines, a standard ticket will cost $2.80. Players who wish to play the Lotto can choose their numbers manually or use the Random Pick option which allows the system to automatically generate and select random numbers for the player. The Basic Lucky Dip which is the least expensive Lotto Dip option costs $5.60 for eight lines.

The sale of tickets for the NZ Lotto close every draw night at 7:30 PM NZST and open afterwards until the night of the next draw. For a player to win the first-tier prize of the Lotto which is the jackpot, he/she has to match all the six main numbers drawn on a single line. The NZ Powerball was first introduced in February 2001 and with the Powerball option, players have a chance of increasing the amount of their prizes by picking and matching an additional number. And even if the jackpot of the main lottery – the NZ Lotto is won; the Powerball’s First Division price can be rolled over to the next draw until someone wins the prize. This rolling over can make the prize amount to rise into eight figures.

Originally, when the Powerball was introduced, it was drawn from 8 numbers with a minimum jackpot amount of $1 million and a maximum jackpot of $15 million. Eventually, the maximum amount was raised to $30 million. In October 2010, the cost per line rose from $0.50 to $0.60 in an effort to increase the minimum prize amount to $4 million.

Eventually, when the Division 7 was introduced in October 2015, the maximum jackpot amount was raised yet again to $40 million. Finally, the cost per line which stood at $0.60 following the October 2010 increase was raised to $0.80 in April 2017.

Draws of the New Zealand Powerball take place every week on the evenings of Wednesdays and Saturdays. The draws which are broadcast live on TV2 are held at the Avalon Studios in Lower Hutt, Wellington. After purchasing the New Zealand Lotto ticket, players who wish to participate in or play the Powerball can pay an additional fee of $1 to participate in the supplementary lottery.

With the Powerball, each player in addition to the six numbers chosen from 1 to 40 for the NZ Lotto, must choose an additional number from a pool of numbers ranging from 1 to 10 for each of the lines played. When the Powerball option is played, a minimum of 4 Powerball numbers must be selected for a standard ticket consisting of four lines at a price of NZ$1 per line. 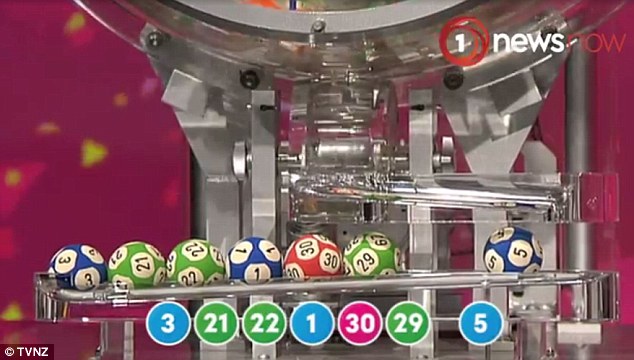 Should the prize reach or pass this limit, a special draw is held known as a “Must Be Won” draw during which the prize must be won. If again, the prize is not won, the amount is split and divided amongst the winners of the next highest division which has winners. In addition to the first division prize, there are six other divisions for which prizes are allocated thereby making it possible for players with as few as three main balls plus the Powerball to win additional prizes.