Lottery in Islam – This is the first post in our new Lottery and Religion lotto news category, enjoy!

Lottery is mostly frowned upon in the Islam religion and seen as a  Minor Shirk because of it’s potential for addiction, even if the potential is small in proportion to other types of gambling. On the other hand many Muslims, even religious ones, still feel that they can play state run lottery games without having a guilty conscience as it does not have the potential negative impact on players that other types of addictive gambling can have .

The lottery fever has gripped people all over the globe and it is quite expected, especially when you constantly hear stories about people winning huge jackpots such as $1.5 billion. Online websites, newspapers and TV broadcasts are full of reports of hopeful people who are contributing to the massive sales of lottery tickets. Lottery officials are known to change the rules every now and then for increasing the size of the jackpot as it often leads to a stampede of buyers, which works in their favor. Yes, there is no harm in participating in the lottery, but the same cannot be said for Muslims because it is not deemed halal in their religion.

What does Islam say about Gambling in General?

Lottery is widely regarded as a form of gambling, which is haram in Islam. All kinds of gambling, whether staking money on horse racing, card games or using gambling machines are forbidden under Islamic law. Any form of gambling was prohibited by our beloved Prophet Muhammad (P.B.U.H) and his companions followed suit. It has been declared by the four jurists that any form of gambling has been prohibited strictly and whoever gambles will be committing a major sin. It is mentioned in Surah Ma’idah of the Holy Quran.

How to Buy USA Powerball Tickets Online:
Many people are glad to spend money on an online lottery ticket because it is an excellent opportunity to win a few million. If you compare this amount with a future gain, it is a small fee. Read more…

The ayah or verse clearly states that intoxicants such as alcohol, idols and gambling (by lottery or any other method) is regarded as Satan’s work so they should be avoided by Muslims who wish to get salvation. It is stated that Satan only wishes to create hatred and enmity by using gambling and intoxicants and to stop Muslims from remembering and praying to Allah. A hadith is also mentioned in Bukhari and it dictates that the Prophet (P.B.U.H) said that whoever asks someone else to come gambling should give charity immediately as compensation for inviting to a sin. 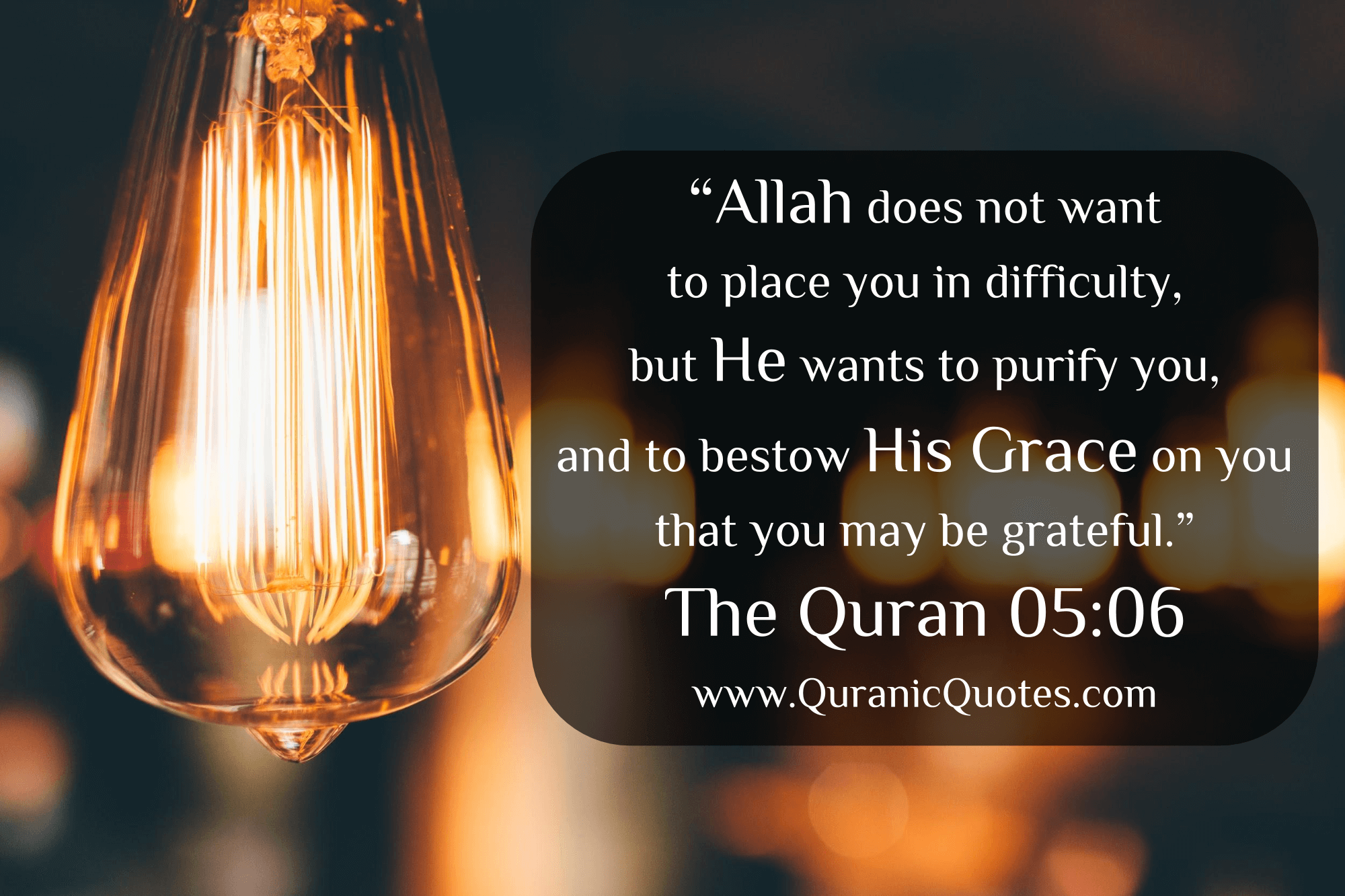 There are several reasons why Allah has forbidden Muslims to participating in any form of gambling, which may also include the lottery. Some of the top ones are:

Like intoxicants, gambling is addictive in nature. People who are unable to stop gambling end up staking their hard-earned money and lose their wealth and homes. Their families have to go hungry and face hardships. This creates a number of social ills like families breaking apart. Islam places huge importance of families and providing for them. Therefore, it discourages anything that involves destroying and neglecting them.

Obviously, not everyone is a winner in gambles like the lottery. Only a few people emerge victorious and this causes intense jealousy to build up because the losers become envious of those who win. As Islam is about creating brotherhood and love, it does not encourage a practice that breeds hatred amongst the people.

How to Buy Mega Millions Tickets Online:
Purchasing the tickets is extremely simple and a lot of fun too. Read more…

But is lottery addicting?

It can be… for most, lottery is not an addictive thing but for a few it turns into an addiction. There are many gambling addiction tests out there that you can use to see if you have a problem or not: click here

In all kinds of gambling, which may include the lottery, only a small number of people win and most of the people lose. This means that money is taken from a large number of people and only given out to a few and this is against Islamic principles of distribution of wealth.

Those who gamble frequently spent a greater proportion of their time daydreaming and imagining what they would do if they won the lottery. They are wasting time in wishing and longing when it can be spent on remembering Allah, looking after their families and doing other good deeds.

Islamic principles assert that you should look upon Allah to provide you with income and Muslims should keep their feet firmly planted on the ground. He is the sole provider and expecting someone or something else to give you money such as the lottery is often referred to as minor Shirk because you are relying on someone other than Allah.

Allah has created us and this world, which means that He knows best. He has forbidden all kinds of gambling for Muslims and we rely on His wisdom as we have placed our trust on Him.

Whether you are a shopkeeper or a one-time seller, any person who is selling any items that relate to gambling like lottery tickets is committing a sin. According to a ruling made by Islamic Fiqh, anything that leads to haram is also haram in itself.

Play Lotto Online From Anywhere on the Globe

Muslims have one notable belief; nothing happens in this universe without Allah’s will. Allah is all-knowing; He knows the present, the past and also the future. Therefore, not only does he know when everyone will die, he also knows who will win the lottery. But, Allah does not force anyone to do good or the forbidden. Everything you do in this world is a test to see what you do under certain circumstances. If you decide to purchase a lottery ticket, you will do it out of your freedom of choice and your free will, which means you will be answerable for your decisions on the Day of Judgment.

Why is lottery played in Muslim countries?

If Lottery winnings also go to charity, does this make it acceptable?

It is essential to remember that only 25 to 28 percent of the lottery money is given to charity. In many cases only 5 percent is given out in the form of prizes, which means some people become millionaires. 12 to 15 percent of the money is given in the form of tax and this goes to the government. This means that a quarter of the lottery money is spent on good causes and these are typically museums, art galleries and charities. Most importantly, Islam doesn’t condone a sin just because something good comes out of it. Giving the money is done without expecting a return on it. That is donating it for a good cause, such as building a school or a bridge, etc., with no intention of winning a prize or making a profit. If this was the case, there is no harm in it. However, if he won a prize, there is no objection that he received it, and could have the right of disposal over the its money, after consultation with the Marji’ to finding a legitimate way of making it good. This should be the case if the company was owned by the government. Otherwise, there should be no need for obtaining the permission of the Marji’.

If Lottery is a Minor Shirk, Why Do Many Religious Muslims Play Lottery Games For Profit?

All in all it is to each person to choose what their conscience allows them or not, some religious Muslims still choose to play lottery games as they do not feel that buying a lottery ticket for a few dollars once a day or once a week really feels like “addictive gambling” to them. So they do not feel a guilty conscience when doing so. For many there is a big difference between buying tickets for a legal state run lotto game then for example playing poker or roulette at a casino or at an underground gambling room- which is seen as haram in their eyes.

In conclusion, lottery is mostly frowned upon in Islam religion and seen as a  Minor Shirk because of it’s potential for addiction, even if small in potential and proportion to other types of gambling, but many Muslims, even religious ones, still feel that they can play state run lottery games such as the European Euromillions without having a guilty conscience as it does not have the same negative impact on players that other types of addictive gambling can have and this is why many choose to take part in legal lotto games in many Muslim countries and abroad.

It is eventually up to you if you deem it right or wrong in your own morals – even if it is categorized as gambling, lottery might just be one of those outstanding examples where the perception of halal and haram is a personal choice that depends upon your honesty with yourself about your own potential for addictive behavior and the risk of taking part in a Minor Shirk.